Getting married in Japan

Wedding ceremonies. White dresses, gold rings, lots of flowers and church bells! Sounds great doesn't it? That's why I was so set on having one, even more so than my fiancée, in fact.

Usually people in Japan just get married, and update their family registers. If you're a foreigner, however things are different. And hell, you'd expect them to be, what's worse is being British. (For once) I've no problem with the bureaucracy on the Japanese side, it's my own country that's giving me frustration now.

If you want to get married in Japan you've got to go through the following procedures (Courtesy of the UK in Japan website):

"Japanese law requires that all marriages here must take place at a local Ward or City office. The couple must submit a notice of "Intention to Marry" or "kon-in-todoke" to the Ward/City office, the Marriage officer will then issue a "Certificate of Acceptance of Notification of Marriage" or "kon-in-todoke-juri-shomeisho" and the couple will be married."

"When the marriage involves a non-Japanese national, the Marriage officer must be shown a "Certificate of No Impediment" (CNI or in Japanese "yoken gubi shomeisho") by the non-Japanese party."

Now, you can get a CNI in Japan (see this link), or you can get one in England by giving notice to marry at the local registrar office. This then needs to be taken to the consular office, that will have the Japanese equivilent drawn up for you (which will set you back about £63, for Her Majesty's Government's coffers).

This is the best bit though, if you want to settle in the UK with your newfound wife check out these fees (here) 87,750 yen thats over £500 pounds! I mean hell, that's a little steep, don't you think? It can't possibly cost £500 worth of man-hours to process one application, I think we can all rest assured that Her Majesty's government will be enjoying a tidy little bonus on all these VISA applications.

Its not like this is to put people off sham marriages either, they've plenty of checks for this kind of thing (although I do wonder about the "are you a terrorist" bit)

The whole VISA thing is completely farcicle. I probably wouldn't be complaining if I had a decent job, but getting to Japan and back, plus the wedding costs is going to make this a very expensive year as it is.

The worst part is the procedures, though. For Maachan to get herself a VISA there is a pile of supporting documents and whatnot that she'll need. I'm sure the Japanese information is out there, but it seems like its not so easy to find. Whatsmore she doesn't seem to be getting much cooperation from the local authorities in getting hold of the information. Once my exams are over, it'll be my task to go over each chapter of the VISA legislation and figure out exactly what is needed, because the VISA application form notes are simply terrible.
Posted by pouncingant at 11:54 PM No comments: 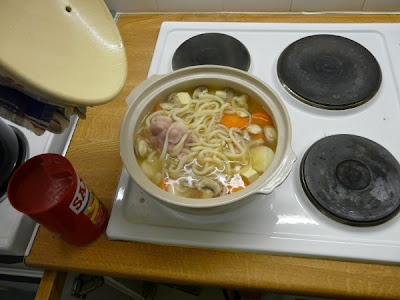