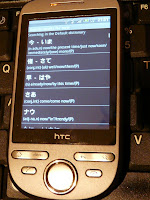 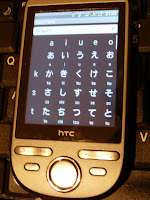 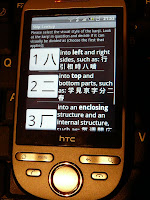 Overall, I'm very pleased with Aedict. It has allowed me to dispense with my chunky "Papyrus" dictionary, making translating on the bus much easier, and while each lookup method has its own failings, my complaints with one method are usually covered by another. Nonetheless, a more gaijin-friendly handwriting recognition (I'm thinking tegaki-python here) and better sorting of relevant results would be grand.
Posted by pouncingant at 8:55 PM